We Love Hearing From Our Customers!

Mar 22, 2012- A Review from a Satisfied Customer...................
Some times when you have had exceptional customer service and a great experience you just need to share it…. In March 2012 I had Classic Carpet & Floor Covering in Howell MI install over 700 sq-ft of Chelsea Plant Flooring (5” Coffee Hickory) in our home. My experience far exceeded my expectation. From the moment I walked in the door Ted Kuderko and his staff made me feel at ease. I never received a hard sell and they could not have been more accommodating. I had already conducted an enormous amount of research on the various hardwood floor products out there and decided to go with Chelsea Plant Flooring before I even walked in the door, but what contractor? Ted and his staff were extremely professional and the price was more than fair. Prior to the installation and each day while it was being installed Ted checked back with me. It seems this company is more interested in making the customer happy than making a buck…what a concept…if only all contractors behaved like this we would all be better for it. In the end the installation was perfect and the installer could not have been more accommodating. This was not an easy job, lots of cuts (great room, dining room, hallway, closet, and master bedroom. If I was more technical savvy I would have uploaded pictures of the finished product. But wow just perfect. Chelsea Plant Flooring is a premium product. The floor is just gorgeous and there was no waste. All boards were usable and perfect. There are no gaps in this floor, no high spots, and the finish is top rate. I am very glad I did my homework because it certainly paid off. If you ever need a hardwood floor installed in your home I would highly recommend Chelsea Plank Flooring and have it installed by Classic Carpet & Flooring in Howell Mi. You will not be sorry.
Posted by Classic Carpet and Floor Covering at 8:52 AM No comments:

Ted Kuderko has successfully completed "Schluter-Systems Innovation Workshop.  Ted and one of tile installers attended this two day workshop presented by Schlluter Systems http://www.schluter.com/.  They learned new and innovative ways to transitions from one surface to another, floor drains and water proofing and other methods to install and protect your new ceramic tile from damage.
Posted by Classic Carpet and Floor Covering at 9:27 AM No comments:

15% OFF any NEW Carpet Order placed before St. Patrick's Day! 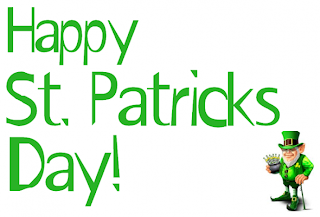 Order your new carpet before March 17th, St. Patrick's Day and receive 15% off your new carpet.  Come in and see us for details.
Posted by Classic Carpet and Floor Covering at 6:09 AM No comments:

Come see more than 200 exhibitors at the Livingston County Home Show March 23 - 25, 2012, where you will find the latest in home improvement and decor. There's lots to see and do, so come and browse, get new ideas, sign a contract, or just dream! The show also has more than home improvement possibilities to tantalize visitors. Returning this year is the very popular Taste of Livingston County to tempt guests with samples from some of the finest restaurants, caterers, and delis in the area. You won't want to miss it.

March 23-25 at the Howell High School
Posted by Classic Carpet and Floor Covering at 5:57 AM No comments:

FREE MEASURES AND ESTIMATES by our Flooring Expert

Our measures and estimates on any of our flooring surfaces are always FREE and performed by our flooring expert, Ted Kuderko.  Ted's 26 years of experience in the flooring business will is definitely a benefit for anyone thinking about new or replacement floor covering.  His knowledge and expertise gives our customers the best use of materials with the least amount of waste, in the long run this is a huge financial savings for our customers.

Call 517-546-0001 or check out our website http://classiccarpetandfloorcovering.com/
Posted by Classic Carpet and Floor Covering at 5:42 AM No comments:

It is still Winter in Michigan!

It is still Winter in Michigan!  Do not forget to cover up those tender green shoots that have appeared in your garden.  The weather gurus have predicted cold, below freezing, weather for this weekend.  You will need to take the time to cover the confused plants (they think it is almost Spring) and protect them from yet another reminder that it is still Winter in Michigan!
Posted by Classic Carpet and Floor Covering at 9:45 AM No comments:

A-listers on Hollywood’s most glamorous night will be relaxing atop two Feizy Rugs selected for the Architectural Digest Greenroom at the 84th Annual Academy Awards.
“We’re honored to be a part of such an iconic event,” said John Feizy, Feizy Rugs Founder and CEO. “It’s hard to believe that in the space of just under 40 years, our company has gone from a local designer resource to an international supplier of the finest, most desired rugs in the world.”
Two Beni Ourain Moroccan-style shag pieces were handpicked for the festivities. The relaxed styling and unique patterns made these one-of-a-kind pieces the perfect foundation for a designer whose work has been called “comfy, fresh and accessible.”
This year’s Architectural Digest Greenroom, created by renowned interior designer Waldo Fernandez,

is inspired by Hollywood of the 1930s and 40s.
This is the tenth consecutive year that Architectural Digest will produce the exclusive backstage lounge for Oscar presenters and honorees.  With a host of talented designers since 2002 taking part, the greenrooms have ranged from  elegance to relaxed chic, but have all been inspired and memorable creations.
Posted by Classic Carpet and Floor Covering at 9:32 AM No comments: